The Crown Prince Of Dubai Sheikh Hamdan was appointed as the chairman of the Dubai executive council in 2006 September. Sheikh Hamdan was named as the Crown Prince of Dubai on 1st February in 2008. As the new hereditary Crown prince of dubai, he appointed as a new key personal and financial advisors such as a global economist and a hedge fund tycoon from HN Capital LLP. Sheikh Hamdan was appointed president of Hamdan Bin Mohammed Smart University formerly Hamdan Bin Mohammed E-University in July 2009. Sheikh Hamdan is also the head of the Sheikh Mohammed bin Rashid Establishment for young entrepreneurs, he also appointed as head of the Dubai sports council and the Dubai autism centre. The crown prince also was a important part of the Dubai World Expo 2020 delegation when Dubai was awarded the rights to host the world largest event summit. Hamdan also went to the top floor of the Burj Khalifa to wave the UAE National flag, a few days after the World Expo 2020 win. In 2011 Sheikh Hamdan as a founder also  launched The Hamdan International Photography Award for potential youth photographers in dubai.

HIS SOCIAL INFLUENCE ON INTERNET -

The Crown Prince's of Dubai sheikh Hamdan bin Mohammed bin Rashid Al Maktoum official Instagram handle account has more than 8.2 million followers as of June 2019, Sheikh Hamdan usually posts pictures that showcase his hobbies, which include his love for animals, his love for poetry he writes his own poems like his father, sports, horse riding and he is fond of photography and adventurous activities . On 15 May 2019, he got married with  Sheikha bint Saeed bin Thani Al Maktoum.

Hamdan Al Maktoum is a licensed and a well cultivated equestrian races, he is professional sky diver and a scuba diver. He dives in Fujairah. He well popular for his romantic and patriotic poems in Arabic. He publishes his poems under the name Faz3 (فزاع) on instagram.

He rides for Godolphin F3 stables. Sheikh Hamdan is also a member of the Royal Ascot. He won a gold medal at the Alltech FEI World Equestrian Games in 2014 in Normandy (FRA), he also won team gold in 2012 and a bronze medal in 2010. He is a teamleader of five UAE riders at Championships in Samoan on 17 September 2016. 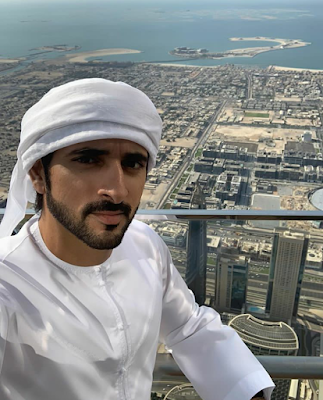 My Dubai Tourism, Top Dubai Places To
Visit In 2019.

Dubai is a world famous luxurious city in UAE and also the business hub of the center East. Located on the southeast coast of the Persian Gulf, It is also a major global transport hub for passengers and cargo. Oil revenue helped accelerate the event of the town, which was already a major mercantile hub.Today, but five percent of the emirate's revenue comes from oil. Dubai's economy depends on revenues from trade, tourism, aviation, land, and money services port has attracted the eye of the planet through giant construction comes, rich hotels and restaurants and also hosting major sports tournaments. Dubai is going to host the  World's largest summit called Expo2020 organised in the month of October 2020. A centre of attraction for regional and international trade since the first twentieth century, Dubai's economy basically depends on revenues from tourism, oil trade, luxurious real estate, aviation, dubai port, and financial services. Dubai is a town and emirate within the United Arab Emirates legendary for luxury searching, extremist trendy luxurious land and an active port nightlife scene. The iconic world's tallest building Burj Khalifa, an 830m-tall tower, dominates the luxurious skyscraper filled skyline. At its foot lies dubai dancing Fountain, with jets and lights choreographed to music and organize light show for tourist. On artificial design islands simply offshore is place of the palm island also know as Atlantis The Palm, a luxury resort with beautiful astonishing architecture and underwater zoo Aquarium chamber with various water bodies. 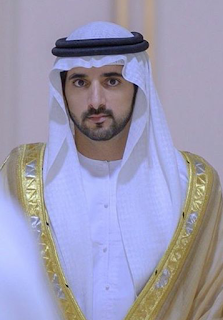